The weather is more like Summer, the water is warming, and the bugs are hatching. The Hendrickson hatch is the first big mayfly hatch of the year. It has been going strong on the Au Sable River for a few weeks. Typically that is as long as this holds on for. That been said, there are many other aquatic insects hatching to entice the fish to rise to the surface and eat. 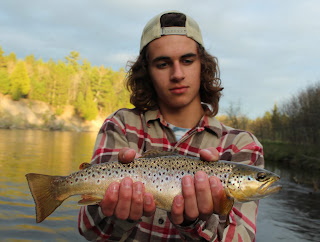 hatch throughout the East and Midwestern states. This hatch marks the beginning of dry fly fishing. The Hendrickson hatch typically starts some time around traditional Trout Opener (the last Saturday in April). Some years it can be a few days earlier and some years the bugs don't start hatching until a few days into May. This year we had bugs on opener. Regardless of when the bugs start hatching, it takes the trout a few days of bug activity to knock off the cobwebs from a winter of not feeding on the surface. For many of these fish it has literally been 8 to 10 months since they have eaten a bug off the surface. These mayflies are large and fish haven't seen anything this size hatching for a long time. With that in mind, it can make all sizes of fish rise with disregard to their surroundings. Now, don't get me wrong if you wade or anchor too close it will spook them. If you slap the water with a cast or put the fly line over them with a cast a few feet too long, it can also put these fish down. This hatch being the first consistent dry fly action of the Spring/Summer brings many anglers to the river to enjoy the resource. 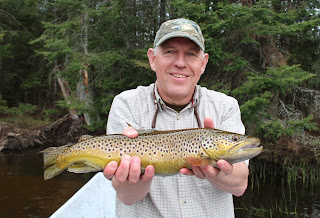 The Hendrickson hatch is winding down, but that does not mean there isn't great fishing on our Midwest streams. Once the Hendrickson start to hatch it opens up the flood gates for the other hatches of Summer to start. We have been seeing a plethora of bugs on the water, including: large stoneflies, Mahoganies, BWO's, Dark and Light Hendricksons, among others. These bugs be joined by Sulphurs, March Browns, Light Cahills in the late weeks of May. During June there are many great insects on the menu for these trout, Isonychia bicolor (Iso's), Brown Drakes, and Hex just to name a few. The latter three are the big three of June that bring fish to the surface. Brown Drakes will hatch sometime in the range of the first 12-15 days of June. Hexes will typically hatch starting in the last ten days of June up North. Hatch activity is not easy to pinpoint on a calendar. Anglers from all of the country try to plan vacation to Michigan rivers for the Hex hatch in Late June to early July. They look at the Calendar and use whatever resources and knowledge they can tap into to predict the hatch. But like anything all these hatches happen on their own time. 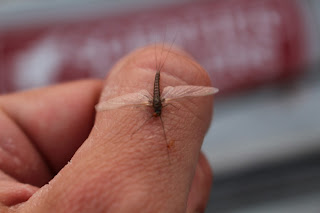 The best thing to do is plan a trip to the "North Woods", lean on some local knowledge from a guide or the local fly shop, be prepared with a large variety of flies, and HOPE that the stars align.

I will be guiding dry fly fishing trips throughout May and the first two weeks of June 2016. At which time I will be making my annual pilgrimage to the runoff of the Southern Rocky Mountains in Vail, CO.

If you would like to book a Trout Fishing Trip in the next few weeks feel free to call or email for open dates to secure your reservation. If I am not available there are many guides and local fly shops that may have guides available that I would be more than happy to set you up with. If you would like to book a Hex trip after I have left for CO, I can knock on some doors and get you on the water with a great guide. 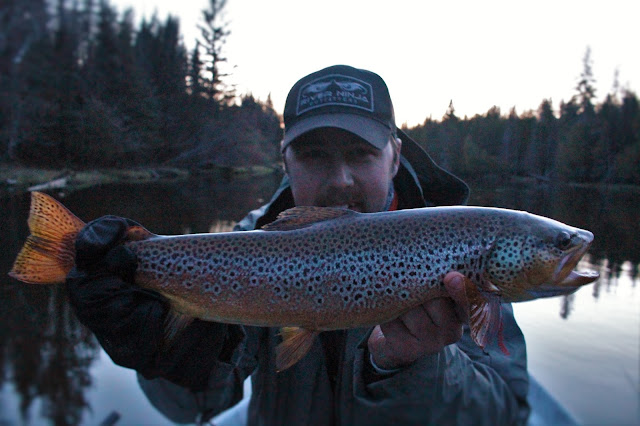